Friend or foe? Some banks see growing fintech industry as an asset, while others see it as unwanted competition 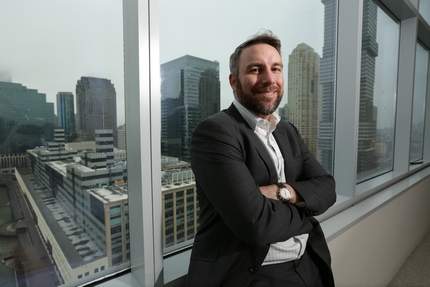 Officials at IPC Systems Inc. see the company as being part of the evolution of industries such as banking, not at odds with it.

It’s a thriving market with a lot of attention from investors.

Michael Speranza, the company’s senior vice president of corporate strategy, mergers and acquisitions, and marketing, said the fintech industry has been accruing investment at a faster rate than almost any other industry.

And his real hope is that the excitement about the fintech boom that he sees among traditional financial institutions is as strong as he thinks it is.

“A lot of these (institutions) don’t look at fintech as adversarial, they look at it and say — it’s coming, and my participation in it or not is going to be significant for my business downstream,” he said. “More so than ever, we’re seeing them willing to invest in these solutions, too, and seeing that it can benefit their business.”

On the other hand, David Frankil of the New Jersey Credit Union League isn’t as excited.

In fact, among the financial services firms, banks and credit unions he advocates for, fintech isn’t universally thought of as an ally, given that, for every complementary product that comes through the fintech pipeline, there’s an industry competitor in lockstep.

“It sort of depends on your perspective as to whether you see fintech as a threat or an opportunity or both,” Frankil said.

At the outset of any conversation about fintech is the question: What are we talking about?

Not shy to buzzwords, the tech industry in its convergence with the financial sector inspired a term that encompasses everything from digital mortgage lending company Quicken Loans to that impossible-to-understand blockchain payment network known as Bitcoin.

Don Musso of Gladstone-based FinPro said there’s a tendency to throw everything into the area of fintech. But, he said, fintech generally is defined by the application of technologies to the broad financial services sector.

“What some refer to as emerging fintech companies probably would not have been put in category of financial services companies at all, except that they have big implications on those companies,” Frankil said. “You’re not going to see any of that in Merriam-Webster.”

John McWeeney, the CEO and president of the New Jersey Bankers Association, sees fintech companies as both an ally and an adversary.

NJBankers was one of the industry associations Mirador contacted to spread the word about its services. The organization now refers small banks that don’t have the capabilities to build a digital lending platform alone to Mirador.

On the other hand, McWeeney keeps a wary eye on the rise of another fintech company, Kabbage Inc., a growing Georgia-based firm that bypasses banks altogether and provides funding directly to small businesses.

McWeeney said the impact of competitive fintech firms isn’t dealing a significant blow to the industry, at least not yet.

“But I think, over time, banks need to be more aware of this and have a strategic plan on how they’ll respond,” he said. “Especially with millennials, they’re drawn to doing things this way — solely through technology. So, it’s a whole generation of customers that risks being handed over to these providers.”

It’s the same attitude that financial institutions take to just about any technology, given that it’s not just fintech that’s disrupting the industry.

Frankil spoke to the impact of popular ride-sharing apps, such as Uber and Lyft, on lending.

Loans for taxi medallions, those small metal shields fastened to the hoods of taxi cabs, which credit unions have historically been strong providers of, are becoming bad deals, Frankil said.

“All of a sudden, those taxi medallion loans aren’t worth today what they were yesterday,” he said. “So, you’ve got these credit unions that hold the loans having to write them down because folks that own them either can’t make payments or are having difficulty doing so.”

A generation of renters

In its entrance into the New Jersey market, Unison Home Ownership Investors is hoping to address the challenges facing millennials who want to buy their first home.

Across the nation, this demographic has trailed previous generations in homeownership, according to Jim Riccitelli, a co-CEO of Unison.

“So they’re renting, even if those rents rates are astronomical,” Riccitelli said. “And the more rent you pay, the harder it is to come up with that down payment. So, you end up chasing your tail in a way. It’s a big problem.”

According to a survey from another fintech firm, LendingTree, Pittsburgh has the most millennials looking to buy a home in the company’s marketplace, with 48.4 percent of all mortgage requests coming from millennials.

Washington, D.C., was a close second by that measure, at 46.8 percent. No Garden State city found a place in its rankings.

Like any new tech-based business model, there is some question of how fintech ultimately will sit with regulators.

“Regulatory regimes have usually wagged new technology developments, that’s true for almost any industry,” Frankil said. “Maybe it takes a scandal or two to bring that attention to fintech, a headline-grabbing issue that drives demand for regulation.”

Just as financial institutions have mixed feelings about what the fintech boom will bring, Don Musso, CEO and president of bank consulting firm FinPro Inc., said there’s no agreement on how fintech firms should be supervised or regulated.

Or if they should be at all.

“Most banks aren’t demanding it,” Musso said. “It’s a 50/50 battle over whether they should have that scrutiny or not. But if it ever becomes a big enough threat to banks’ survival, you can bet there will be demands for oversight.”

Musso added that it’s a conversation that already is happening.

In December, the Office of the Comptroller of the Currency issued a paper announcing a proposal to create a special purpose national bank charter available to fintech companies.

While not all fintech firms offer bank-like services, some do have non-deposit products that have attracted attention.
Venmo, for example, is a fintech firm that has taken the peer-to-peer transaction market by storm, and is set to quickly overtake any bank service of this sort in terms of volume.

“There’s no magic to it,” Musso said. “It exchanges money from one FDIC-insured account to another. But it does it quickly, easily and it’s user friendly. There’s no doubt tech like this is going to change the delivery method of banks.”

This is an area of business some banks are nervous about new players encroaching in. But, again, it’s not universally the case that fintech firms are courting bank customers in this area.

Unison Home Ownership Investors, for instance, would argue it’s the best thing for banks. Unison said its products — which can provide half of the down payment for a mortgage in exchange for a chunk of the potential increase in value on the home — only up the potential pool of home buyers.

Jim Riccitelli, one of the company’s co-CEOs, said this could be good for everyone.

“This is highly complementary to the lender,” Riccitelli said. “They’re dealing with challenges on a daily basis in helping their clients get qualified for a mortgage loan. We can come into the picture and enable more clients to qualify.”

Riccitelli said that’s important in a time of tightened mortgage-lending standards and soaring home prices. The California-based company offers its service in New Jersey, among a handful of other states. Riccitelli said Unison selected the Garden State as one of its markets due, in part, to the region’s high home prices.

Thomas Sponholtz, the company’s chairman and its other co-CEO, said their firm’s service allows people more flexibility in getting the home they want. It’s something that didn’t exist in this form before Unison, he said.

“This is true innovation, whereas most of what’s called that is focused on a different way to distribute the mortgage and make it easier to get a loan — a lot of fintech is focusing on that,” Sponholtz said. “And those firms are stealing market share from banks. It’s not what we’re doing … but there’s nothing wrong with (it).”

Prime among those competitive forces is the mortgage lender Quicken Loans and its Rocket Mortgage program.

With a segment of fintech firms looking to take market share away from financial institutions, some industry experts are taking a pragmatic view.

“(These companies) are making inroads; there’s no doubt there’s competition there,” Musso said. “The best thing about it is that it’s forcing banks to re-evaluate all of the processes to get products to customers quicker, faster and cheaper. It’s a good, competitive kick in the butt.”